Summary: In this episode we talk about our predictions for Educational Technology in 2012.

Show Notes (click "Read more" to see full show notes if they are not already displayed below.)
Hosts
Awesome Thing of the Week 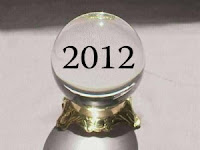